Austria is a country worth visiting due to its deep lakes and high mountains. We spent 2 days of our road trip in Austria being challenged by curvy roads. Before you decided to head towards Europe’s best mountain country, I suggest you familiarize yourself with main facts about Austria.

After visiting the medieval style Prague we have traveled another 360 km down south to get to Hallstatt in Austria, which is a small village with less than a thousand inhabitants but with an access to big and stunning Hallstätter lake.

Driving into Austria is like diving into an extremely orderly but yet very beautiful place. You suddenly get occupied by mountains from all sides and the grass is so neatly cut and so green that it looks almost unreal. I wonder who is actually doing this job of taking care of the grass alongside the motorways. 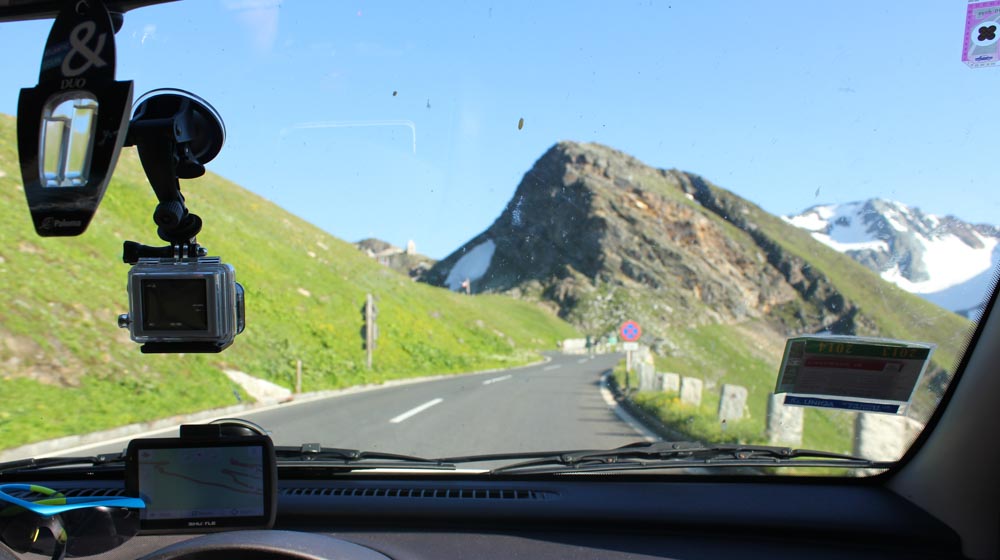 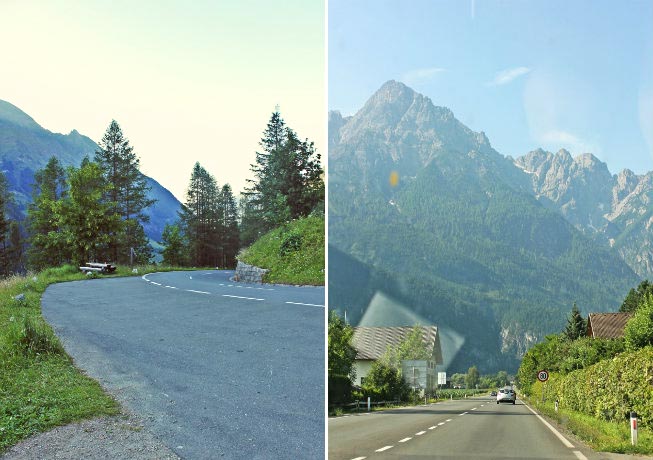 Being so small Hallstatt is still recognized to be a World Heritage Cultural Site in Austria for its cultural landscape and this was our starting point for exploring the country.

We stopped overnight at the Klausner-Höll Camping site, which costs 5€ per tent plus 4€ per car. We have arrived there pretty late in the evening, but the nice staff of the campsite let us in to put our tents out, which was a challenge on its own because it was so dark it was impossible to see anything. We struggled to keep the noise down not to wake any of the already sleeping neighbors.

We have planned for only a short one-night stay in Hallstatt, so we spent the morning doing an obvious thing – swimming in the lake! It is literally couple meters walk from the campsite, which has its own pierce. Even though it was the middle of July, water temperature wasn’t that high since the lake is quite deep. But the water was so crystal clear and nice that even me, who isn’t quite the fan of bathing in cold water, took a dip. 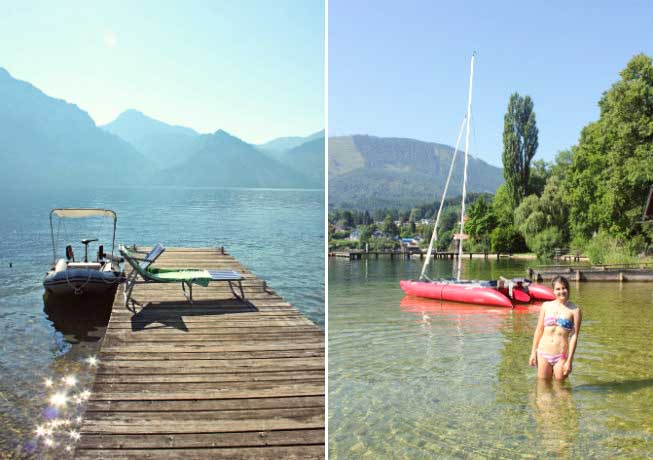 The rest of our stay we spent exploring the village of Hallstatt. It is extremely cute and can be walked in 10 minutes.

We couldn’t resist taking a boat tour around the lake, which is actually used as a transportation, but I think most of the people on it were, in fact, tourists. The tour around the lake costs 8.5 € per person but it is totally worth it. The time schedule and price-list can be found on their website.

THOSE WHO SEEK WILL FIND

We couldn’t stay more in Hallstatt because the next adventure point was waiting for us. However, as soon as we drove a little bit outside of the area we saw a beautiful water stream right next to the road. Of course, we had to stop as boys couldn’t simply restrain themselves from bathing in it. 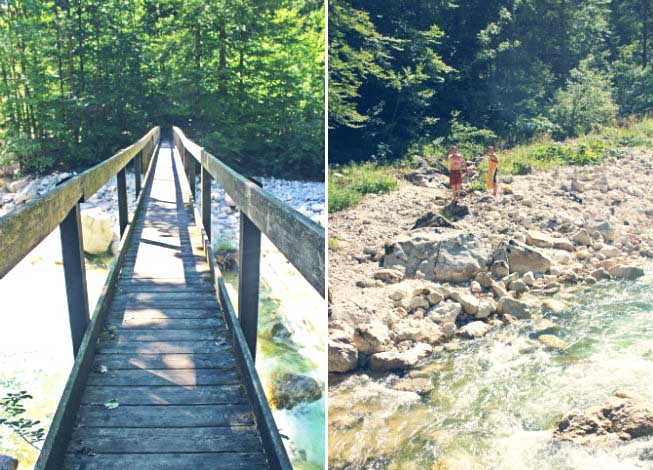 LOCKED UP HIGH UP

But the highlight of the Austrian part of the trip was supposed to be the ride on this extremely beautiful serpentine road, curving higher and higher up through the Alps. The road is called Grossglockner Hochalpenstraße. It is a paid one and it costs as much as 34€ for the ride, unless you dare to ride it in the evening, which will cost you 24€ after 18:00. We gladly paid the price in order to experience the magic of the mountains, but we had no idea yet what we were getting ourselves into.

Needless to day, the views we saw were simply stunning. 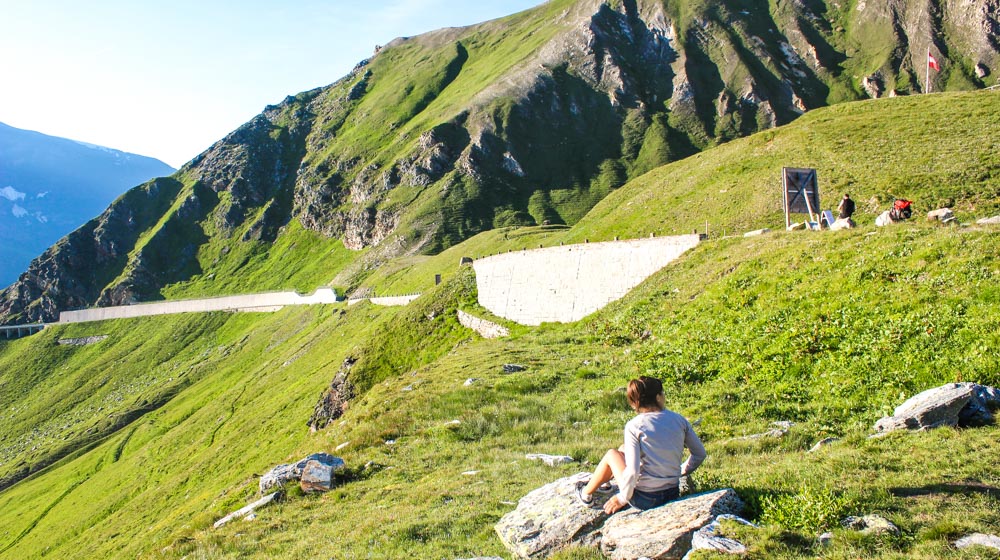 The higher we drove, the more beautiful the scenery was becoming. 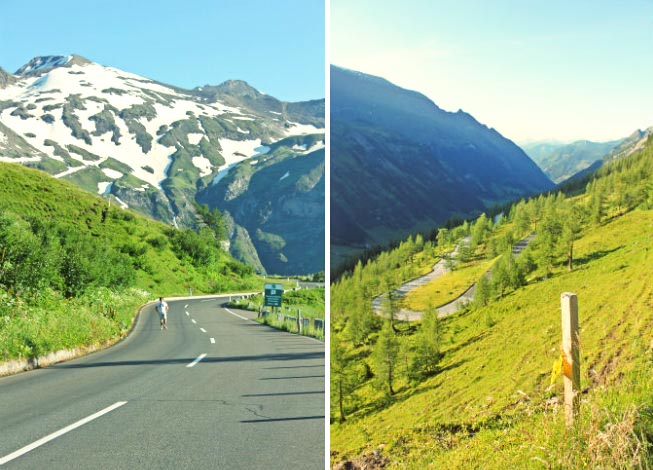 Obviously we stopped a lot in order to enjoy the view and also spent a lot of time taking pictures. 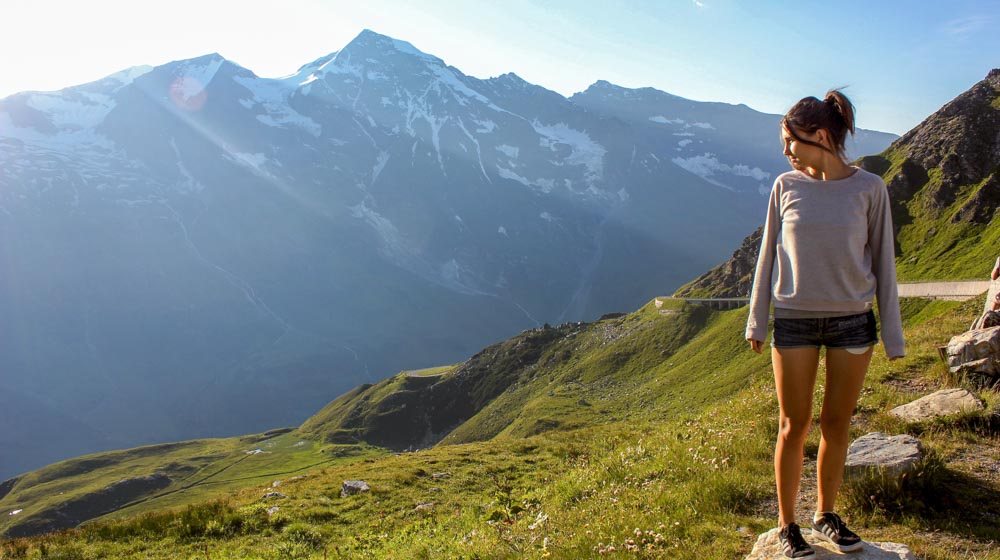 Finally we get to the top, where we find a souvenir shop, bathrooms (very clean! I wonder who cleans them at this altitude?) and snow there! 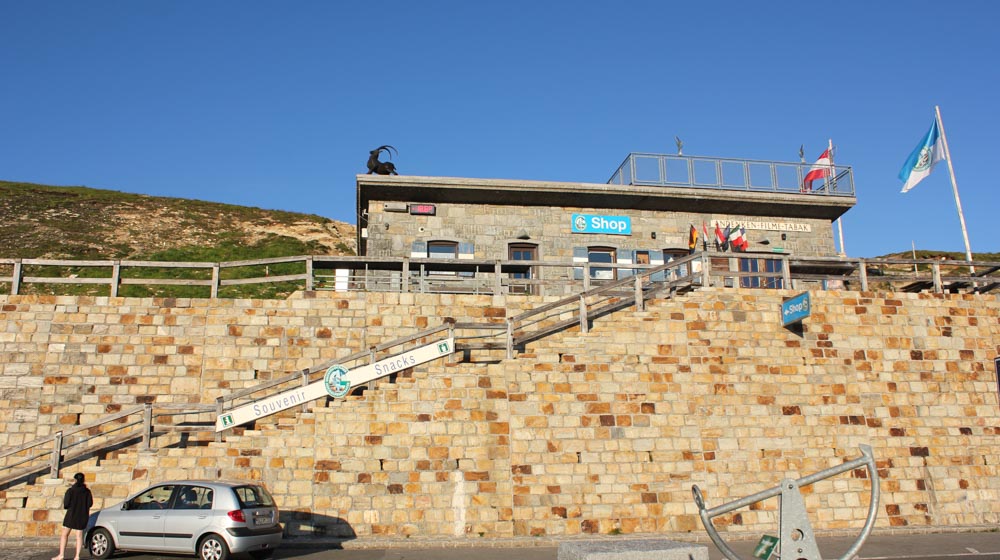 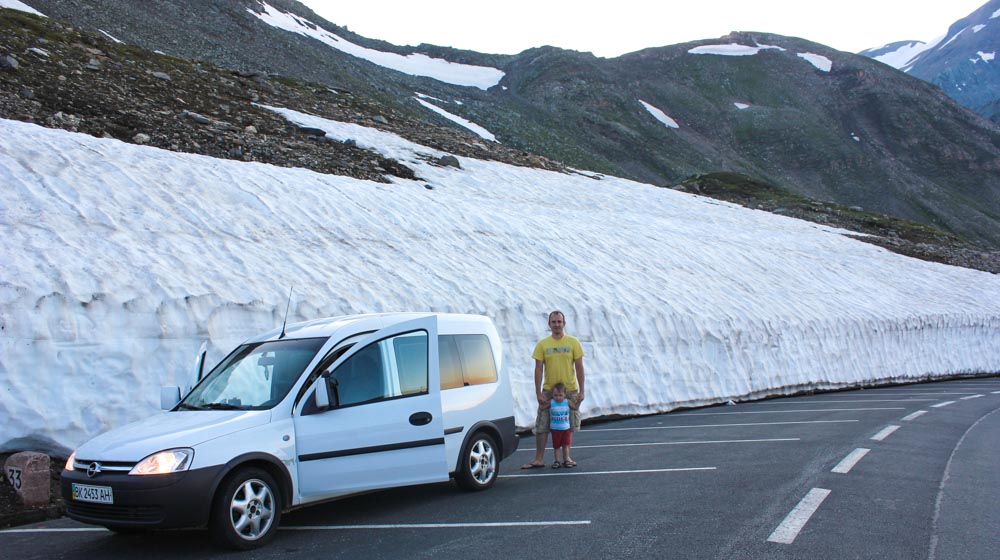 When we were driving up the road the saw only serious 4×4 cars on the way and at first we were laughing about the fact that all of them were overtaking our little Opel Combo. But when we started driving down the mountains it was not funny any more. At some point a thick cloud of smoke started coming from what it looked like a hood of the car. I don’t know about the other guys, but I got that “o-oh” feeling, especially since it was getting dark and there were not a lot of cars around to ask for help in case we needed it.

We make a stop right away to see what is going on. We (I say we, but I actually mean the boys) spend some time examining the car, but having no internet and no one on the road to ask what might be wrong, we decide to just cool it off and slowly keep on driving. This was not our only problem, though – the road was supposed to close at 22:00 and there was no way we would make it all the way down with the speed we were going at. So, all of us got into an emergency mode and decide to get off the road to the nearest village.

We spend many hours deep into the night trying to figure out what’s wrong with the car. Failing to find any accommodation in the middle of the night, we basically end up spending it in the car itself, hoping that all of our troubles are going to go away tomorrow. And they did! As it turns out, on roads like that it is very common to see the smoke due to all the fracture that happens between the wheel and the break pads, since you are going down breaking all the time. 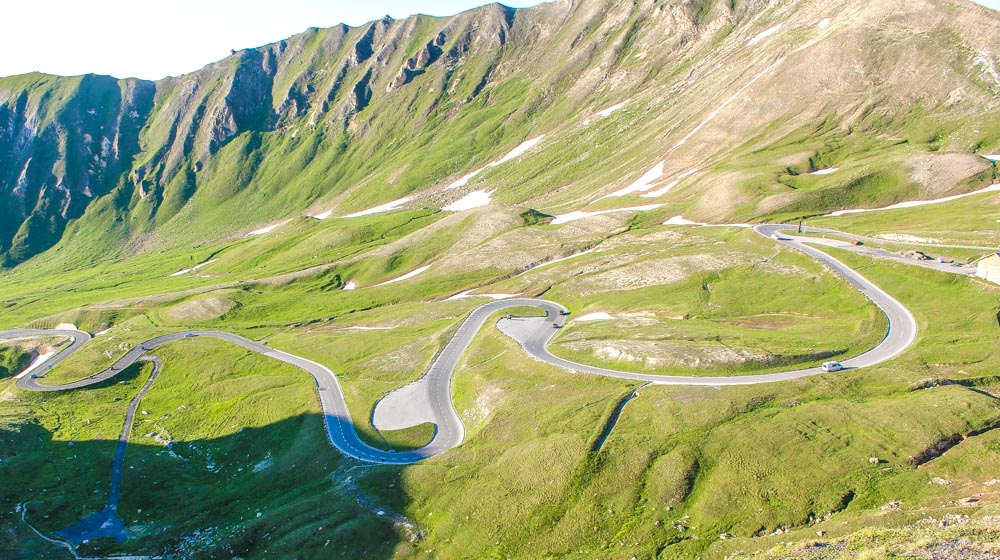 I have to say that I will never forget this extremely curvy and beautiful road and all the mixed feelings I have about it. It brought us very high in the experience of beauty and true astonishment and also brought us really down in some panic. But after everything is over, it only remains as a part of a fun and adventurous story to tell.